Becam, a Dutch lending company, was looking for a visual rebranding. Fighting all sorts of prejudices, they wanted something completely different, something that would surprise the viewer and would change their perspective on the concept of money lending. They asked for something else, and we delivered just that.

First we came up with the concept of lending being something we’re doing all the time without noticing really. Think of your mortgage or your lease car. Placing lending in a broader perspective we took away some of the hesitations of prospect.

Next was the visual identity, we wanted the film being built around trust without being standard. That’s why we chose for hands to play the main parts in the commercial. The different hands represent “everybody” and emphasize the feeling of trust that comes with every loan, in every situation.

We shot the whole commercial on film, making sure it would keep a soft and personal feel. Lots of time and effort have been put into the backdrops. These where all put together by the director and D.O.P. Becam wanted the color blue to be ever present in the film, we just made sure this would never feel boring or cheap. 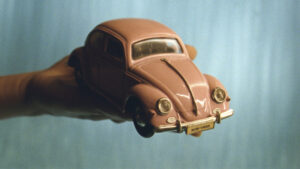 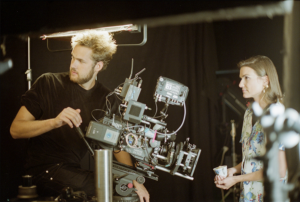 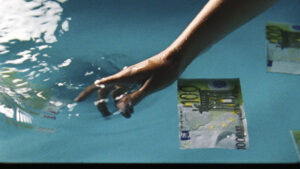