What makes Appelsap Appelsap? We started off asking ourselves this question. Being around for 19 years already Appelsap can be considered a true family. People crew up in it, artists, crew and visitors. Appelsap evolved from being a small blockparty to a solid name on the Dutch festival agenda hosting big international names. We somehow wanted to capture the feeling of looking back to where it all started and asking the viewer: Did things really change?

First, we needed a voice. It wasn’t hard to go for Adje, one of the most respected names in Dutch Hip-Hop and “Appelsapper” from day one. We wrote the copy together with him and the people of Appelsap making sure it felt “real”. Secondly, we decided to combine photo and video in a new and surprising way to relate to Appelsap being a place where people explore and discover new artists and styles. And last, we created a crew with a director, DP’s and editors normally working on commercials, shortfilms and animations to make sure we would automatically stay away your typical aftermovie.

“We will always be different, but we stay the same” 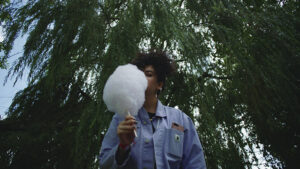 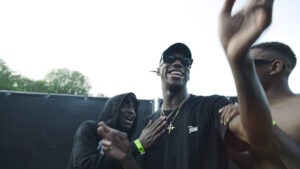 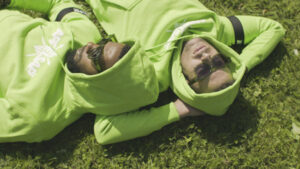